Is There a Connection Between Tax Credits and Crime? 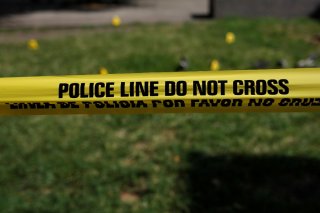 In a wide-ranging interview this week with The New Yorker, Rep. Alexandria Ocasio-Cortez (D-NY) made a surprising claim about the expanded child tax credit, which expired at the end of 2021.

After talking about the recent rise in crime, including in her district in New York, the Congresswoman talked about what she considers some causes of it.

“The surge in violence is being driven by young people, particularly young men. And we allow the discourse to make it sound as though it’s, like, these shady figures in the bush, jumping out from a corner. These are young men. These are boys. We’re also not discussing the mental-health crisis that we are experiencing as a country as a result of the pandemic,” she said.

Then, Ocasio-Cortez tied it to the expiration of the expanded child tax credit.

“Because we run away from substantive discussions about this, we don’t want to say some of the things that are obvious, like, Gee, the child-tax credit just ran out, on December 31st, and now people are stealing baby formula. We don’t want to have that discussion,” she said.

It is true that multiple studies showed that the expanded child tax credit succeeded in reducing poverty and hunger. It’s not clear, however, that the end of the monthly payments, which only expired six weeks ago, have had anything to do with rises in crime. No significant crime statistics can likely be gleaned from such a short period of time.

As for the specific crime of stealing baby formula, multiple incidents of people doing so have made the news, but those were prior to the end of the expanded tax credit. That includes a case in Rhode Island in 2020. A video that went viral on TikTok back in November showed a Walmart location having locked up baby formula, presumably out of fear of shoplifting.

The expanded child tax credit passed as part of the American Rescue Plan Act in the spring of 2021, mandating payments for most American families, once a month, between July and December 2021, with the rest arriving at tax time. The credit stopped going out at the end of 2021, and its future remains uncertain.

The congresswoman talked about many other things in the interview, including climate change, so-called cancel culture, whether the Democratic leadership in Congress is too old, the way Ocasio-Cortez herself is treated in right-wing media, and how she comes from a different background than many of her colleagues in Congress. She also called for the cancellation of student debt.