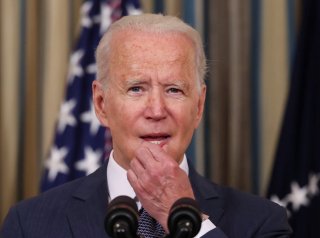 The Social Security Administration is experiencing a financial crisis. The agency, which is responsible for paying out retirement and disability benefits to more than 60 million Americans, has begun to lose money as more beneficiaries withdraw their obligations from the system than working-age Americans pay in.

While the program ran a small surplus in 2020, it is expected to have a significant deficit by the end of 2021, and be insolvent by 2034. At that point, if no action is taken, benefits will simply be cut across the board by around twenty to twenty-five percent—an incredibly unpopular step, and likely political suicide for whatever elected officials are forced to implement it.

This step is by no means inevitable, and there are a number of solutions that Congress could quickly pass to cover the financial gap. Here are three of them.

Right now, there exists a cap on earnings—currently set at $142,800 per year—above which a person does not have to pay Social Security taxes. In theory, this is fair, because paying more in taxes above this amount does not translate to additional Social Security benefits after one’s retirement. However, many of the richest people in the United States earn considerably more than $142,800 per year; taxing income above this level could instantly fix the Social Security trust fund’s deficit. This step has already been proposed in Congress, with questionable likelihood of success.

As its name suggests, Social Security is primarily intended as a “security” program for retired Americans, preventing them from falling into extreme poverty. For richer Americans who have saved far more during their lifetimes than they will ultimately receive in Social Security benefits, they are already secure and, the argument goes, do not need further benefits from the government.

Right now, it is estimated that the highest-income Americans will receive back in Social Security fifteen percent of their annual earnings. If this number was decreased to five percent and no other income group was affected, the Social Security Administration would save billions of dollars per year.

When Social Security was founded in 1935, its “full retirement age”—the age at which a person could retire and claim full benefits—was 65. Pushing this age upward would shave time off of the Social Security Administration’s obligations to seniors.

To some extent, the Social Security Administration is already doing this. The “full retirement age” has since crept steadily upward; for Americans retiring today, it is set at 66 years and a certain number of months and will increase to 67 by the end of the decade.