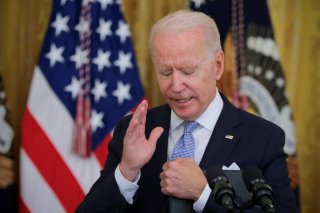 The Social Security Administration, established by President Franklin D. Roosevelt in 1935, continues to be one of the most popular programs run by the U.S. government. By funding a benefit system for retired Americans, poverty among the elderly has remained consistently low throughout the program’s duration and attempts to interfere with the. program—namely by eliminating or privatizing it, as fiscal conservatives have advocated in the past—have come to nothing.

Unfortunately, Social Security’s popularity has had a negative side effect: so far, every attempt to reform the program’s fiscal imbalances, no matter how mild, has been shot down. In 2005, President George W. Bush advocated partial privatization of the system; in 2011, President Barack Obama recommended balancing its budget by slightly increasing taxes and slightly decreasing its benefits. Both attempts came to nothing, and no subsequent president has pushed for reform.

If this were to happen, benefits would not be cut off overnight. The Social Security Administration still has a reliable inflow of money via Social Security taxes, so it could still cover roughly eighty percent of its obligations each year. However, a twenty percent cut in Social Security payments would still be required to keep the agency solvent—meaning that millions of elderly Americans would lose a portion of the income that they depend on in retirement.

This would be economically catastrophic for the United States. Crucially, it would also be politically catastrophic for whoever was responsible for it. More senior citizens vote per capita than any other group in the United States, and nearly all consider Social Security a voting issue. Whichever party controls the White House when the Social Security trust fund runs out can expect to lose it in the next election cycle, encouraging reform on Capitol Hill before the system runs dry.

There are two ways to reform this system: by increasing Social Security taxes, or by reducing benefits, probably gradually and on incoming retirees rather than existing ones. Neither solution is popular; tax increases have always been opposed by fiscal conservatives while cutting Social Security would be politically untenable for the reasons above.

Because of the strong objections to benefit cuts, any solution that is reached will probably mostly involve tax increases. One idea that has been proposed in Congress has been to eliminate the cap on Social Security taxes, which says that any income above $142,800 per year is exempt from taxation—in effect forcing the richest Americans to pay for the middle class’s benefits.