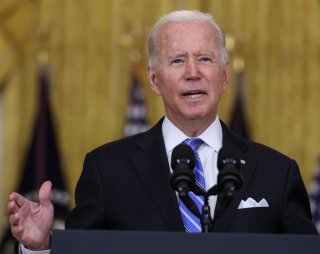 Here's What You Need to Remember: Social Security reform has long been regarded as a “third rail” of American politics—resulting in lethal consequences for politicians that try to touch it. However, an overnight 20 percent cut in retirees’ Social Security benefits would be absolutely unthinkable.

Social Security is a key government program that has helped millions of seniors in the United States to enjoy their retirement without fear of running out of money. While the benefits, averaging $1,500 per month apiece, cannot assure anyone a comfortable life without supplementary income from a nest egg, they can keep elderly retirees from worrying about the most basic financial concerns, such as access to money for food or rent.

Unfortunately, there is a problem with Social Security: it is running out of money.

The cause for this is simple. The Social Security Administration operates a pair of trust funds to pay for the ongoing benefits—one devoted to retirement benefits, the other to disability benefits, both of which the SSA has been tasked with managing. Since 1935, the year that the Social Security Administration was created, the population of the United States has historically been skewed toward the young over the old. Because young people pay into the Social Security trust fund, in the form of Social Security tax revenue, and old people withdraw from it, in the form of benefits, the proportion of young to old determines the long-term financial viability of the trust fund; an abundance of young people contributing taxes increases the size of the trust fund, while an abundance of retired beneficiaries diminishes it.

Unfortunately, after the Baby Boomer generation—born 1946 through 1964—entered retirement, the trust fund began to lose money each year. At its current rate of depletion, the fund is estimated to run out by 2035.

The fear that Social Security will collapse is vastly overstated. The U.S. workforce continues to pay Social Security taxes, which means the SSA has a reliable year-by-year inflow of cash that it can use to cover benefits as needed. However, by collecting taxes alone, the SSA will not be able to pay for all existing benefits; if nothing else changes, seniors’ benefits will simply have to be cut by roughly 20 percent to cover the shortfall.

Social Security reform has long been regarded as a “third rail” of American politics—resulting in lethal consequences for politicians that try to touch it. However, an overnight 20 percent cut in retirees’ Social Security benefits would be absolutely unthinkable. Given Social Security’s massive popularity among Americans, and the vast influence of the program’s foremost defender, the American Association of Retired Persons (AARP) on Capitol Hill, there is little doubt that a solution will be worked out in advance. This solution will most likely raise Social Security taxes and possibly marginally cut existing or future benefits, although most Americans and the AARP have opposed this.