Time for a Vacation? Biden Calls on Congress to Enact Gas Tax Holiday 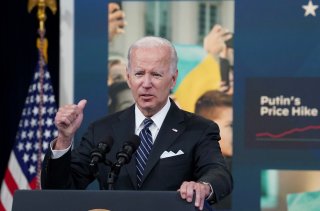 It was reported earlier this week that President Biden was considering proposing a gas tax holiday, as part of an effort to bring gas prices down.

Now, the president has gone ahead and proposed a three-month gas tax holiday. Such a measure would require an act of Congress.

“President Biden understands that high gas prices pose a significant challenge for working families,” the White House announced in a new fact sheet released Wednesday. “That’s why he has taken action in recent months to boost the supply of oil and gas, including a historic release from the Strategic Petroleum Reserve, and encouraging oil companies and refiners to boost capacity and output to get more supply on the market.”

The president called on Congress to suspend the gas tax for three months and also asked states to take similar action.

The White House also said that such action could be taken without impacting the Highway Trust Fund, which is funded by the federal gas tax.

“With our deficit already down by a historic $1.6 trillion this year, the President believes that we can afford to suspend the gas tax to help consumers while using other revenues to make the Highway Trust Fund whole for the roughly $10 billion cost,” the White House said. “This is consistent with legislation proposed in the Senate and the House to advance a responsible gas tax holiday.”

The Biden move was not met with universally positive reactions.

“Throwing gas stations under the bus come on Mr. [President], stations have thousands of gallons they paid for at a higher price, it takes time for them to sell through the pricier fuel,” Patrick de Haan of GasBuddy said on Twitter after the president’s announcement.

Potential downsides of such a policy include that costs will be passed on to the consumer, and that, once the gas tax holiday is over, it will represent a sudden increase- one that will arrive even closer to election time than now.

“Whatever you thought of the merits of a gas tax holiday in February it is a worse idea now. Refineries are even more constrained now so supply is nearly fully inelastic. Most of the 18.4 cent reduction would be pocketed by industry--with maybe a few cents passed on to consumers,” Harvard professor Jason Furman, a veteran of the Obama White House, said on Twitter Wednesday. Former President Barack Obama had opposed the idea during gas price spikes during his presidency.