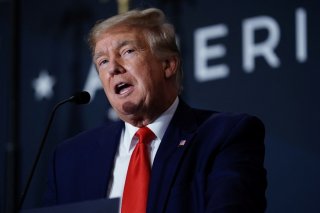 Last week, Verizon announced that Fios had failed to reach an agreement with One America News (OAN) and would therefore stop carrying the channel at the end of July. Fios was the last major national carrier that was still carrying OAN; DirecTV had dropped the controversial network earlier this year, leading to one personality on the network to call for viewers to dig up dirt on the CEO of DirecTV’s former parent company, AT&T.

“Our negotiation with OAN has been a typical, business-as-usual carriage negotiation like those that routinely happen between content distributors and content providers,” Verizon said in a statement about the talks. “Our company has long advocated for providing customers with the ability to choose what content they want to watch, and our Fios TV platform offers a wide and diverse choice of programming options, including a la carte options, that strive to meet our millions of customers’ various content needs and preferences.”

One of OAN’s biggest fans, former President Donald Trump, also weighed in on Verizon’s decision by speculating that the decision to drop the channel might be illegal, though it isn’t. “One America News (OAN) is AMAZING, with great ratings and a REALLY loyal following,” Trump said on his Truth Social account. “Despite it being so good, VERIZON, for purely political reasons, will be terminating OAN at the end of this month. Isn't this ‘stuff' supposed to be illegal?…the good news is that the owners and management of One America News is smart and very wise. They will figure it out!”

Trump had reacted similarly when DirecTV dropped OAN, even with some confusion over who owns DirecTV: “Time Warner, the owner of Fake News CNN, has just announced that they will be terminating a very popular and wonderful news network (OAN). Between heavily indebted Time Warner, and Radical Left Comcast, which runs Xfinity, there is a virtual monopoly on news, thereby making what you hear from the LameStream Media largely FAKE.”

Time Warner has been defunct for many years and it hadn’t owned cable systems for many years before that. There had not been any separate entity called “Time Warner” that had dropped OAN at the same time, or after DirecTV had. In fact, AT&T had previously owned DirecTV before spinning it off into a separate company in 2021 where AT&T still holds a majority interest. AT&T also spun off the company formerly known as WarnerMedia.

Earlier, OAN sued DirecTV while politicians, including Republican senators and state attorney generals, also vowed to take action in response to the decision.