Is the United States About to Legalize Marijuana? 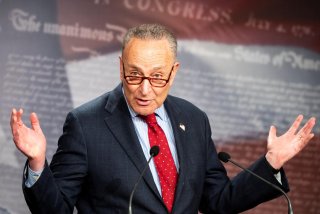 Marijuana legalization is one of those issues in which the window of public opinion has moved a very long way in a very short period of time. About a generation ago, marijuana was illegal everywhere, with some activists both of the leftist and libertarian bents calling for change, without much attention from lawmakers.

A movement began in the 1990s to make medical marijuana legal, with California voting to do so in 1996 and Hawaii becoming the first state to pass it legislatively. A few years after that, states started making recreational marijuana legal as well, even as it remains prohibited under federal law. This has led to the creation of a legal cannabis industry, and the state of Oregon, last year, essentially legalized drugs.

At the same time, some police departments and prosecutors, while not officially legalizing the substance, have chosen to not prosecute possession cases involving small amounts of marijuana.

Now, it appears, there’s actually unprecedented momentum for change at the federal level.

Senate Majority Leader Charles Schumer (D-N.Y.) told Politico in an interview published over the weekend that the Senate is prepared to act on marijuana legalization. While not a proponent of legalization earlier in his career, Schumer first introduced legislation in 2018 to legalize marijuana, although it did not move forward in the then-Republican-controlled chamber. However, the Democrats now control the Senate, giving Schumer, as majority leader, power to move bills to the floor.

Now, shortly after Schumer’s home state of New York legalized the drug for adults, the majority leader is readying new legislation, which co-sponsors Cory Booker of New Jersey and Ron Wyden of Oregon, both Democrats. And Schumer plans to move forward even as President Joe Biden appears to remain reluctant to support such a move.

“I want to make my arguments to him, as many other advocates will,” Schumer said to Politico of the president. “But at some point, we’re going to move forward, period.” The majority leader also said that legalization in states over the last few years has “worked out well,” and that virtually none of the fears argued by opponents of legalization have come to pass.

“The legalization of states worked out remarkably well. They were a great success. The parade of horribles never came about, and people got more freedom. And people in those states seem very happy,” Schumer said.

“I think the American people started speaking with a clear message—more than two to one — that they want the law changed. When a state like South Dakota votes by referendum to legalize, you know something is out there.”

Schumer added that visiting Colorado, shortly after that state made marijuana legal, and talking to people there was part of what got him to evolve on the issue.

“[They said] it benefited the state, and [didn’t] hurt the state,” Schumer said in the interview. “There were tax revenues, but people had freedom to do what they wanted to do, as long as they weren't hurting other people. That's part of what America is about. And they were exultant in it.”

When asked how Biden, who has not said that he supports marijuana legalization, will approach the issue, Schumer was asked if he fears a presidential veto.

“Well, he said he’d like to see more information on the issue. I respect that. I certainly will have an ongoing conversation with him, and tell him how my views evolved. And hope that his will to,” Schumer told Politico.

The majority leader also said that the bill will advance even if Biden maintains his opposition. And that another bill, which would settle some of the banking issues that would likely come about due to a nationally legal cannabis industry, would possibly be combined with the main legalization measure. In addition, the legislation may very well not only expunge federal criminal records for marijuana records but incentivize states to do the same.

“We will move forward,” Schumer said. “He said he’s studying the issue, so [I] obviously want to give him a little time to study it. I want to make my arguments to him, as many other advocates will. But at some point, we’re going to move forward, period.”

The Violent Crime Control and Law Enforcement Act of 1994, also known as “The 1994 Crime Bill,” was authored by Biden when he was a senator, and became a point of serious contention during the 2020 presidential election, as the politics around crime, punishment and mass incarceration have changed significantly over time. While the drug provisions of the bill weren’t specifically about marijuana, they did entrench harsher punishments for drug offenders. Schumer, then in the House, was a cosponsor of that legislation as well.

Schumer also indicated that he’s not ruling out the legalization could get some Republican support.

“What we want to do is first introduce our comprehensive bill, and then start sitting down with people who are not for this in both parties, and A) try to educate them, B) see what their objections are, and if they have some modifications that don't interfere with the main thrust of the bill—we’d certainly listen to some suggestions if that'll bring more people on board,” the senator said.

The legislation is not finished, Schumer said, and he added that while Vice President Kamala Harris has not been involved with the talks yet, they would like her to be. While Harris got her start in politics as a prosecutor, she introduced a legalization bill called the MORE Act.

While he never sought to move legalization legislation during his team as a legislative leader, Speaker John Boehner became a cannabis entrepreneur after his retirement from politics, joining the board of Acreage Holdings in 2019.