Why It's Time To Legalize Marijuana 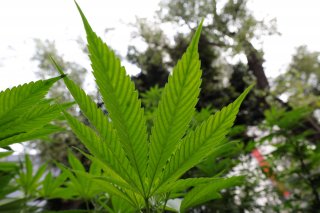 Four other states—Arizona, Montana, New Jersey, and South Dakota—have measures on the ballot in November to legalize recreational sales. Polls summarized by Ballotpedia show that Proposition 207 in Arizona, Initiative 190 in Montana, Question 1 in New Jersey, and Amendment A in South Dakota are all likely to pass.

One incentive for states to legalize marijuana is to raise tax revenues. Most of the states with legal recreational markets impose excise taxes on the retail price, which range from 10 percent to 37 percent. Numerous states impose taxes on growers, usually in addition to retail taxes. California, for example, imposes a 15 percent tax on the retail sales price plus taxes on growers based on plant weight. Illinois taxes marijuana based on THC content. Some states impose their regular retail sales taxes on top of these product‐​specific taxes.

Colorado has the longest experience with a legal recreational marijuana market. It imposes a 15 percent retail tax and a 15 percent wholesale tax on the product. In 2019, the state raised $263 million, which was 2.1 percent of the state’s general fund revenues. Total general fund revenues for the 50 states in 2020 were $913 billion, so if all states legalize recreational marijuana and raise relatively the same amount as Colorado, the total would be about $19 billion annually.

However, states should be careful not to impose heavy taxes or regulations on marijuana because that would harm industry entrepreneurs, suppress government revenues, and encourage the survival of a large black market. Marijuana demand is responsive to taxation. One empirical study found that the “medium‐​run elasticity of demand for marijuana is higher than the consensus estimates for cigarettes or gasoline.” Unfortunately, some states are imposing excessive taxes and regulations on marijuana and raising only a fraction of expected revenues while fueling black market sales.

How can the federal government help? It should normalize marijuana markets by removing the product from the list of Schedule 1 drugs, legalizing interstate commerce in the product, allowing for normal banking transactions for the industry, and allowing marijuana businesses to deduct expenses on tax returns as other businesses do. By legalizing the industry, the federal government would help state governments convert black markets to normal markets and boost state tax revenues.