Is the U.S. Economy Teetering on the Precipice of a Depression? 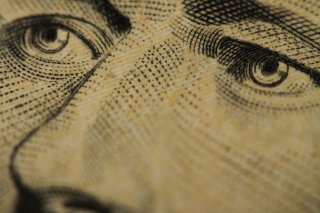 The grinding “wealth gap” recession into which the American middle class and working class were thrust three decades ago, as manufacturing jobs were off-shored by self-interested politicos of both parties, is about to morph into a depression. Certainly not your average, run-of-the-mill, two or three-quarters of negative GDP type recession. Not the eleven-month 1921–22-style of depression. Not even the long depression referred to now as the Great Depression. But a multiyear fiasco that might be better described as “devastation.” And if this devastation not only dramatically lowered the living standards of the aforenamed economic classes but had an even greater impact on the upper class, which has been so advantaged for two decades by the frequent eruptions of money from the Federal Reserve, then it would be sure to make Bolsheviks like Alexandria Ocasio-Cortez happy. Of course, the truly elite, the top 1 percent of the top 1 percent, basically the billionaire class, will be insulated; indeed, they will grow even richer and more powerful, as they scoop up, with their Fed-fueled, crony, fascist profits and access to Federal Reserve cash, all of the assets that will be subject to worldwide fire sales.

This is the “crack-up” boom that Ludwig von Mises described:

Or the banks stop before this point is reached, voluntarily renounce further credit expansion, and thus bring about the crisis. The depression follows in both instances.

But even the crack-up boom envisioned by Mises, as bad as that would be, pales in comparison to what lies ahead.

Of course, that which lies ahead did not have to exist. Alan Greenspan’s Federal Reserve could have shown restraint after the “bursting” of the 1999–2000 dot-com bubble. He could have refrained from lowering interest rates to 1 percent, which encouraged the widespread use of adjustable-rate mortgages. Additionally, coupled with the operation of the politically motivated Community Reinvestment Act, fueled the bursting of the Housing Bubble in 2008 and the advent of the so-called “Great Financial Crisis.” If Greenspan had reprised his former role as a committed free-marketeer, believing in sound money and had eschewed Keynesian voodoo, then the chips would have fallen where they may, and the recession would have healed itself, avoiding the chaos that ensued half a decade later.

When the Housing Bubble burst, then-Federal Reserve Chairman Ben Bernanke could have shown restraint and not embarked on the greatest monetary experiment in history (three-plus rounds of quantitative easing, also known as QE), more than quadrupling the Fed’s balance sheet from $900 billion in August of 2008 to over $4.1 trillion on the day when economist Janet Yellen ascended to the monetary throne in February of 2014. If Bernanke had shown such restraint, then the recession that followed would have had salutary effects, clearing out all the malinvestment, punishing the highly leveraged speculators instead of bailing them out, and allowing fiscal sanity to gain an economic foothold.

Current Federal Reserve Chairman Powell, who replaced Yellen in February of 2018, by September of 2019 actually did reduce, through modest “quantitative tightening,” the Fed’s balance sheet to $3.7 trillion from the high watermark of $4.5 trillion under Yellen. A stock market correction followed almost immediately as the “punchbowl” of free money was beginning to be drained. Powell could have shown restraint, but he lost his nerve and quickly reversed course, reinstituting QE.

The market, believing again in the famous Greenspan, Bernanke, Yellen, and Powell, rose to then-all-time highs, stretching price/earnings ratios to more than twice their historical average. But in March of 2020, in the face of lockdown-induced economic devastation and rapid stock market decline, Powell crammed down interest rates to zero and digitally printed 3.5 times more fiat money in four months (March 2020 through June 2020) than was on the Federal Reserve’s balance sheet from the beginning of the Republic until 2008. Indeed, 21 percent of all U.S. money (i.e., MZM money stock) was printed in 2020. And there is no end in sight, as new, and even more draconian lockdowns are reimposed on major cities and states.

So what does lie ahead? Why is there devastation when “highly effective” coronavirus vaccines are now being distributed?

The best way to explain it is to look at what can be called the “network effect” described by Austrian economics rather than the hydraulic mechanism of Keynesian theory, now morphed into so-called Modern Monetary Theory (MMT). In a nutshell, Keynesian theory postulates that the government can create demand, replacing private demand with public demand, when there is a downturn. MMT is the modern way to pay for this artificial demand and the ever-increasing deficits that will flow therefrom: print money; print more money . . . never-ending streams of money. Austrian economics, as encapsulated by the quote from Mises, explains that credit, meaning money, because all fiat dollars are borrowed into existence, cannot increase continuously, and ultimately exponentially. In the MMT world, bad ideas will not be weeded out by the twin disciplines of interest rates and supply and demand. They will proliferate, driving up the cost of scarce resources (Mises’s “boom”), and precipitate a hyperinflationary currency collapse followed by Mises’s “crack-up,” which ends the artificial “boom” and results in a deep depression.

America is now teetering on the precipice of that depression. How so? The supply of locally produced services (emblematically represented by restaurants) has been artificially extinguished by the second, and more draconian, wave of lockdowns. Material numbers of local businesses, especially small businesses, will shut down forever. The owners of these largely hand-to-mouth businesses will go bankrupt. Their employees will be laid off. Their suppliers, in turn, demonstrating the “network effect,” will lose their customers, and lay off more employees. The aggregate buying power of wide swaths of service business employees will diminish severely, lowering demand for services and products sold by middle-sized and large businesses. Layoffs will cascade. Rents will not be paid. Landlords will not be able to pay their mortgages. As commercial and residential mortgages are unpaid, financial institutions will buckle, and despite having “shored up” reserves, many will fail. States and counties and cities will see revenue from property taxes, sales taxes and income taxes diminish severely. They will be unable to make pension payments, and they will lay off government employees. Local services will diminish in quantity and quality. More demand will be extinguished, and the vicious cycle will continue to grind down the population. Riots will erupt, police will be confronted, and the media will showcase stories about brutality and racial injustice, which will trigger additional riots and more devastation and more business closures and job losses.

President-elect Joe Biden will likely demand Congress put forth the biggest bailout in history. Congress might comply with that demand after the usual partisan wrangling over which groups should get the bulk of the fake money. Trillions in additional debt will be issued by the Treasury. With no buyers for that debt, given the prospect of being paid back in fiat currency of negligible future buying power, the Federal Reserve will be the purchaser of last resort, creating even more trillions out of nothingness. Then the world will see that the emperor truly is naked, and the currency will collapse. China will cheer.

What will ensue is the dream of the Bolsheviks and the Cloward and Piven crowd. The old system, which was often referred to as capitalism, even though free-market capitalism died in 1971 when the dollar no longer was linked to gold, will be replaced with the Chinese system of fascist cronyism. And that is the preferred system of the billionaire class. All freedom will be gone.

Vaccines are too little too late.

The only way out of a Bolshevik future is for political leaders to end the lockdowns immediately, declare a special form of jubilee from all debt and replace the fiat dollar with a commodity-backed currency. An end to lockdowns will allow employment slowly to return and assets to be deployed in a rationalized economy that will grow steadily without severe booms and busts created by Federal Reserve manipulation. A debt jubilee of the type recommended in the referenced article will reset the nation to sanity (an American Reset instead of the Global Reset being pushed hard by the Davos crowd). The middle class and working class will have gained the freedom they lost when their jobs were stolen by NAFTA and by China, a move facilitated by greedy China-connected politicians. A commodity-backed currency (backed by a basket of things the government cannot print) will take the power away from the “masterminds” of the Federal Reserve and its printing press and return it to the hands of the producers of goods and services operating by the laws of supply and demand. This would include the supply of and demand for money, i.e., real interest rates.