The States Don't Need A Bailout 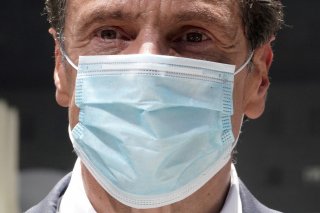 The story leads with, “Alaska chopped resources for public broadcasting. New York City gutted a nascent composting program that could have kept tons of food waste out of landfills. New Jersey postponed property‐​tax relief payments.” The piece is built around such anecdotes, which do not seem dire to me.

Senate Republicans are right to resist the additional state bailouts pushed by House Democrats because the states can and should handle their own budget challenges going forward.

The estimate of overall state budget gaps mentioned by the NYT is from Moody’s, but that is a high‐​end number. Tax Foundation summarizes three lower estimates here.

The CBO released new federal revenue projections last week, which may be suggestive of possible state revenue reductions. Just considering the effects of the recession, CBO projects that fiscal 2020 tax revenues will fall a modest 6.4 percent from 2019. GDP is expected to fall just 2.7 percent in fiscal 2020 before starting to rise again. (CBO separately calculates the revenue losses from tax cuts in recent relief bills).

Regular federal aid pays for more than one‐​quarter of overall state revenues, so a 6.4 percent drop in state tax revenues translates into a smaller percentage drop in overall state revenues. And that is true before recent federal relief bills, which have showered more aid on the states than they have lost in tax revenues. The chart below (based on Table 3.3) shows the small dip in state‐​local tax revenues in the second quarter of 2020 compared to the large increase in federal aid.

The states face budget challenges, but the situation in most places is not “dire.” State officials can solve budget gaps without further federal aid by tapping rainy day funds, freezing hiring and wages, and improving program efficiencies.