What is the “Trillion-Dollar Coin”? 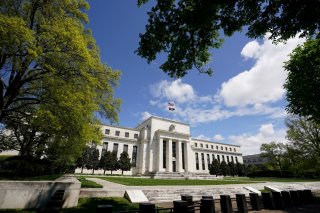 Back during the debt ceiling debates of the Obama Administration, some economists and other commentators came up with a proposal to solve the problem: For a single coin to be minted by the Treasury, worth over a trillion dollars, and be deposited to the Federal Reserve in order to solve the crisis.

The idea had first come up in the early 1990s when James “Bo” Gritz ran for president under the platform, but it gained more popularity during Obama’s first term, with leading advocates including economist and blogger J. Bradford DeLong and journalist Joe Weisenthal. Those in favor of the coin solution used the social media hashtag #MintTheCoin.

The Obama Administration ultimately opted not to pursue the coin option.

“Neither the Treasury Department nor the Federal Reserve believes that the law can or should be used to facilitate the production of platinum coins for the purpose of avoiding an increase in the debt limit,” a Treasury Department spokesperson told the press back in early 2013, per the Los Angeles Times.

With another debt ceiling fight looming, the #MintTheCoin concept has once again gained momentum.

“Fortunately there’s an easy way to defuse this bomb,” Weisenthal wrote this week, for his Bloomberg News newsletter. “As I’ve been writing about this week, there doesn’t actually need to be a vote at all. The Secretary of the Treasury can mint a trillion-dollar platinum coin, purchase $1 trillion worth of debt from the Fed, retire that debt, and then create breathing room under the debt ceiling. It sounds weird, of course, but it’s legal and it would solve the problem of a catastrophic default and potential associated recession.”

Alas, it doesn’t appear that minting the coin is in the cards this time either. The White House said this week that it will not use that strategy this year.

"There is only one viable option to deal with the debt limit: Congress needs to increase or suspend it, as it has done approximately eighty times, including three times during the last Administration," White House spokesperson Mike Gwin told Business Insider in a statement.

The Democrats, who control both houses of Congress with small majorities, are seeking to raise the debt limit to avoid a default next month, while also passing a continuing resolution to continue funding the government. But Republicans are rejecting that idea. It’s not clear exactly what the GOP is asking for in negotiations, but much of their messaging has referred to the debt ceiling increase as a “blank check.”

However, the debt ceiling enables the payment of funds already allocated by Congress, rather than money yet to be appropriated. The debt ceiling was raised three times, mostly without controversy, during the Trump Administration.