What Happens to Americans When Mortgage Rates and Rents Rocket? 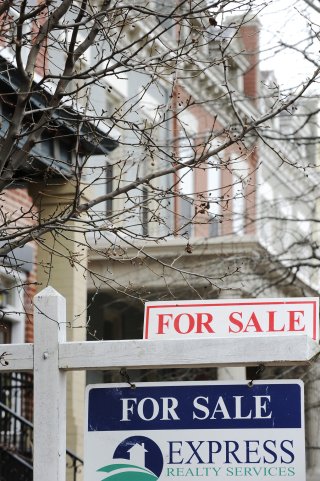 As mortgage rates and rent prices continue to increase, nearly a third of homebuyers have considered relocating, according to Redfin.com.

The increase is up from the previous peak of 31.5 percent in 2021’s first quarter, and it is much higher than before the start of the two-year-long coronavirus pandemic, when only 25 percent of homebuyers were looking to relocate.

According to Fox Business, “throughout the pandemic, an increasing number of homebuyers started relocating due to remote work policies and low mortgage rates.” “These factors gave home buyers more buying power and flexibility,” Fox added.

However, with the double whammy of increased mortgage rates and rent prices, there’s a high likelihood that more homebuyers will look to move in 2022. “I predict the share of homebuyers looking to move to a different area will continue to rise throughout the year,” Redfin’s chief economist Daryl Fairweather said in a statement.

“With mortgage rates going up and rents skyrocketing, moving somewhere more affordable is one of the only ways for many Americans to stay within their housing budget. Even workers who are unable to work from home should feel confident about finding a job in a new location with the tight labor market,” Fairweather added.

In January, Miami was found to be the most popular major city for Americans looking to relocate. Miami was followed by Phoenix, Tampa, Sacramento, and Las Vegas.

A typical Miami home sold for $436,900 in January, which was up 18.1 percent from last year and above the national median of $376,200. However, Redfin revealed that this price was still more affordable than the $655,000 median sale price in New York—the top origin city of individuals moving to Miami.

“While Sun Belt cities like Miami and Phoenix aren’t likely to lose their luster anytime soon, rising prices may soon render them slightly less popular for relocators,” Fairweather noted. She added that “home prices—and the costs of other goods and services—are skyrocketing in a lot of these destinations precisely because they’re so popular with out-of-towners. Some homebuyers who prioritize affordability may start searching in less expensive northern cities.”

According to a recent Zillow analysis, a record 146 cities became “million-dollar cities” with typical home values over $1 million last year. The new cities eclipsing the threshold raised the total number of million-dollar cities to 481, with most of them located in large coastal regions, such as Los Angeles and San Francisco.

If current home appreciation rates continue on their current trend, about fifty more cities could potentially join the list by the end of summer, Zillow concluded. Ultimately, this could shut out prospective homebuyers from major metropolitan markets.