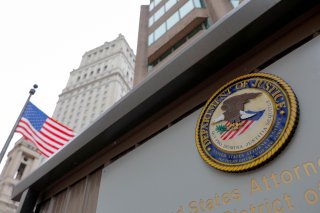 It’s not rare at all for arrests or indictments to be announced in relation to stealing or unlawfully collecting Social Security benefits. Last week was a rare case: The indictment of someone who works for the Social Security Administration (SSA).

The Justice Department announced that a claims specialist for the Social Security Administration had been charged in a twenty-nine-count indictment related to stealing CARES Act benefits. The forty-six-year-old SSA employee was charged with “conducting a scheme to fraudulently obtain unemployment benefits related to COVID-19 emergency relief funds,” according to the announcement from the U.S. Attorney’s office for the Middle District of Pennsylvania.

The defendant faces twenty-one counts of wire fraud, four counts of aggravated identify theft, and four counts of theft of government funds. The man is accused of filing claims for ineligible recipients and receiving payment for doing so. He is also accused of accessing SSA databases in the act of committing the offense.

The indictment, issued in July, was unsealed this month.

“Fighting pandemic fraud is a high priority for our office and the Department of Justice,”  Acting U.S. Attorney Bruce D. Brandler said in the department release. “When public officials are engaged in the fraud it is particularly disappointing because public officials know all too well how much these diverted funds are needed by those truly affected by the pandemic. I want to thank all the law enforcement agents and prosecutors who investigated this matter for their diligence and hard work in bringing this fraud to light.”

In another case involving Social Security and fraud, a U.S. attorney announced this week that a Honduran man was sentenced to the illegal use of a  Social Security number.

According to a release from the U.S. Attorney for the Eastern District of Louisiana, the thirty-three-year-old Honduran citizen was sentenced on August 17 to time served and “was ordered to pay a mandatory special assessment of $100.”

The release said that the man “presented a false social security number when attending a pre-employment safety class at the Gulf Coast Safety Council in St. Rose, Louisiana.” That Social Security number had been presented to someone else.

Last week, in a separate case, a fifty-two-year-old Ohio woman pled guilty to a single count of theft of public money, after admitting to collecting her mother’s Social Security benefits for more than eight years after the mother died.

The mother and daughter had jointly controlled an account, and following the mother’s death, the daughter “knowingly and willfully stole the money by withdrawing it from the account using a debit card with her late mother’s name on it,” according to the announcement from the U.S. Attorney’s Office for the Southern District of Ohio.