What Will Biden Do? 2.25 Million People Are Demanding More Stimulus Checks 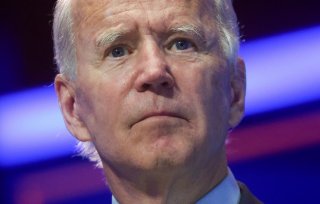 It doesn’t appear at this point like the federal government is going to distribute another round of stimulus checks, in the tradition of the American Rescue Plan and the two stimulus packages that passed in 2020.

However,  a major petition seeking such payments, on a continuing basis, is going forward and has hit another milestone.

The change.org petition from 2020, seeking $2,000 a month for every American until the end of the pandemic, has now reached 2.25 million signatures. The petition was submitted to both Houses of Congress.

The petition currently has a goal of 3 million signatures.

“These are all reasons that checks need to be targeted to people who are still struggling and that Congress needs to learn from this past year. It took nine months for Congress to send a second stimulus check, and just moments to spend it,” the petition, authored by Colorado’s Stephanie Bonin, said. “Moving forward Congress needs to make recurring checks automatic if certain triggers are met. No more waiting around for our government to send the help we need. Sign to join our movement to get recurring checks to the people.”

Despite the popular clamoring for more checks, it doesn’t appear that another round is on the way. For one thing, the emergency conditions of the pandemic have mostly passed, and the economy has largely recovered. In addition, growing concerns about inflation and labor shortages are likely to hurt support for additional stimulus funds.

In addition, while some members of Congress have signed letters calling for additional stimulus checks, it doesn’t appear that there is enough support to pass such legislation, much less overcome a filibuster.

It also doesn’t appear that the Biden Administration is forcing the issue on a fourth round of checks. The administration’s two major pending legislative packages, the American Jobs Plan and American Families Plan, do not include universal checks.

“We'll see what members of Congress propose, but those are not free,” Psaki said in the briefing room.

"If passed, the families of tens of millions of children will continue to get regular payments,” Psaki said in the same briefing of the American Families Plan, which would extend the expanded child tax credit through 2025.

"Obviously, we're continuing to evaluate what their needs are — to continue to get the pandemic under control, put people back to work, but we think that's a proposal with a long-term benefit."

That expanded child tax credit, brought into being by the American Rescue Plan, will begin rolling out, on a monthly basis, in July.