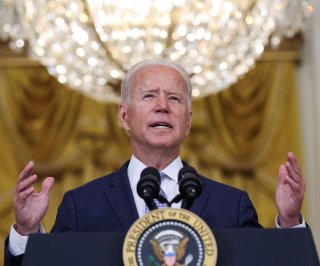 There’s no questioning the fact that one of the top worries of recent retirees is that they often wonder whether the Social Security program will even be around in the decades ahead.

According to the 2020 annual report from the board of trustees of the Federal Old-Age and Survivors Insurance Trust Fund and Federal Disability Insurance Trust Fund, it projected that Social Security’s reserves will be fully depleted by the year 2035 and that annual taxes will cover only about 75 percent of the benefits each year after that.

With this in mind, a recent Nationwide 8th Annual Social Security Consumer Survey, conducted by the Harris Poll on behalf of the Nationwide Retirement Institute, discovered that 71 percent of American adults actually believe that the Social Security program will eventually run out of money.

One financial expert at GOBankingRates has suggested that “part of the problem can be attributed to longer life expectancies, a smaller working-age population and an increase in the number of retirees.”

The website added that in only about fifteen years, the number of Americans who are sixty-five and older is expected to surge from about fifty-six million today to nearly eighty million.

“As a result, more people will be taking money out of the Social Security system—but there will be fewer people paying into it,” the expert wrote.

“If you plan to rely on the program in 2035, keep in mind there’s a chance you could receive less in Social Security benefits than you might have expected. If no changes are made to deal with the trust fund shortfall, benefits will have to be reduced by 23 percent, according to the 2020 annual report from the trust funds’ board of trustees. For many retired adults, that kind of cut in benefits would represent a big financial hit,” she continued.

No Need to Worry?

However, AARP recently reported that such fears of the Social Security program going bankrupt might be well overblown.

“Social Security does face funding challenges. . . . To avoid that outcome, Congress would need to take steps to shore up Social Security’s finances, as it did in 1983, the last time the program nearly depleted its reserves,” it adds.