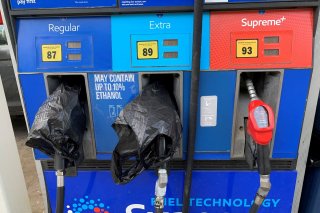 Several states across the Southeast are still waiting for relief as of Thursday after a ransomware hack shut down the nation’s largest fuel pipeline last week.

The Colonial Pipeline announced that it is back in service Wednesday night, but the five-day closure triggered a panic-buying surge that emptied gas stations in states like Georgia, North Carolina and Virginia. And although the company said it has restarted operations, officials warned that it could be “several days” before logistical hurdles are carved out.

“Following this restart it will take several days for the product delivery supply chain to return to normal,” Colonial said in a statement. “Some markets served by Colonial Pipeline may experience, or continue to experience, intermittent service interruptions during the start-up period. Colonial will move as much gasoline, diesel, and jet fuel as is safely possible and will continue to do so until markets return to normal,” the company added.

Drivers sped to gas pumps in the Southeast after the pipeline’s shutdown, drying up more than 17,000 stations, despite warnings from government officials to not panic or hoard gas.

But the sudden spike in demand for fuel pushed the national average price for a gallon of gas to $3.02 on Thursday afternoon, the highest it’s been in seven years, according to AAA.

Nearly 70 percent of gas stations in North Carolina have been emptied, and 52 percent of South Carolina’s stations were dry as of Thursday, according to GasBuddy. Virginia and Georgia stations are also experiencing shortages, at 51 percent and 49 percent, respectively. Other states as far as West Virginia and Kentucky are also feeling the panic-buying turmoil.

Major metropolitan areas have also seen vast gas shortages, including Charlotte, Raleigh and Greenville, as well as in Norfolk and Atlanta.

The governors in Florida, North Carolina, Georgia and Virginia have declared states of emergency as of Wednesday due to the fuel shortages, and have moved to ease gas transportation guidance. Virginia Gov. Ralph Northam (D) issued an executive order enabling state agencies to pump out their own gas transport waivers and offering boosted funding for the state and local government over the low gas supply. North Carolina Gov. Roy Cooper (D) also cut gas regulations to swiftly get gas to the stations.

Patrick De Haan, an oil analyst at GasBuddy, said that the demand for gas in the U.S. has increased by 11 percent so far this week.

President Joe Biden plans to address the nation Thursday about the attack that’s “thought to be the biggest known cyberattack on the U.S. energy sector” and just one day after he issued an executive order to bolster the federal government’s digital defenses, a move that would try to prevent another attack like the one linked to the Colonial Pipeline.