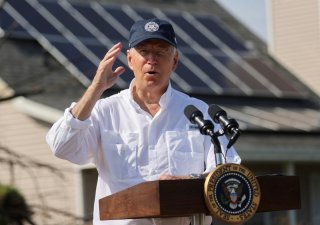 Over the past year and a half, tens of millions of financially struggling American families have been able to get their hands on multiple direct cash payments via the three stimulus checks and the expanded child tax credits that were approved under President Joe Biden’s $1.9 trillion American Rescue Plan.

However, do take note that there are still reports of Americans who have yet to see any of the stimulus checks and child tax credits that they are entitled to.

No Tax Returns, No Payments

With this in mind, the Biden administration earlier this week launched a brand-new mobile-friendly online portal—GetCTC.org—in an effort to assist low-income Americans who don't generally file taxes claim the child tax credits or the missing stimulus payments.

This newest sign-up tool, available in English and Spanish, was jointly rolled out by the U.S. Treasury Department, the White House, and the nonprofit tech organization Code for America.

Keep in mind that the Internal Revenue Service’s Non-filer Sign-up Tool can also be used to give the tax agency the required information—such as a valid address and routing and bank account numbers—to promptly issue the credits. The IRS also recently launched a new feature that enables any eligible family to update their mailing address using the Child Tax Credit Update Portal, which can also be used to change their bank account information for any future direct deposits.

“This feature will help any family that chooses to receive their payment by paper check avoid mailing delays or even having a check returned as undeliverable,” the IRS notes in a release.

Future enhancements to the Update Portal could likely include being able to add or remove children, report a change in marital status, and report a significant change in income.

Since early last year, Congress has approved the delivery of three cash payments to most eligible Americans—a $1,200 check in the spring of 2020, $600 in December, and the current $1,400 payments approved via Biden’s stimulus bill.

As for the expanded child tax credits, this new program allows eligible parents to collect as much as $3,600 per year for a child under the age of six and up to $3,000 for children between ages six and seventeen—meaning that a $250 or a $300 payment for each child will be paid out on a monthly basis through the end of 2021.

The next round of checks is slated to head out on September 15, and the other future payments are expected to be disbursed October 15, November 15, and December 15.