Why Do Americans Distrust Foreign Aid? 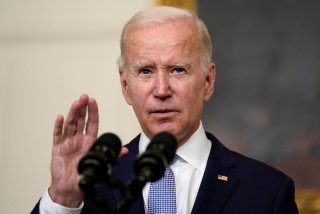 While many Americans view foreign aid as a “blank check” to fund corrupt foreign regimes, aid is crucial to meet pressing needs, including protecting critical infrastructure from cyber-attacks, preventing the spread of deadly diseases like malaria, and ensuring widespread access to education. Despite foreign aid being historically bipartisan in Congress, persistent myths such as the perceived cost of foreign aid stifle public support. Our original survey work shows not only that the public grossly overestimates the amount of aid the United States provides but suggests that tying aid to broadly supported public goals may help curb concern about aid spending.

Starting in the early 1970s, perhaps as a function of the public turning against spending in Vietnam, surveys tend to show clear majorities thinking the United States spends too much on foreign aid. This is despite a decline from nearly 2 percent of the federal budget in the late 1970s. We see little difference historically in aid under Democrat and Republican administrations, even despite partisan differences in support for aid.

Surveys often find the public assumes around 25 percent of the budget goes to foreign aid and that it should be around 10 percent. In reality, foreign aid constitutes about 1 percent of the federal budget and a smaller percentage of gross national income (GNI) than most developed countries. Misperceptions of the amount is just one of the frequent myths about foreign aid, likely contributing to declining support for such efforts.

Aid framed in terms of assisting poor countries often sees broader support and we see the American public supports aid to democracies more than other regimes, even if this may not address pressing needs or national security interests. However, support for foreign aid declines when the level of inequality in the United States increases—suggesting that during economic downturns in the United States, Americans want more domestic support rather than money spent on other countries.

We wanted to identify assumptions about the budget as well as support for aid in addressing one particular challenge: undocumented immigration. Using wording similar to a 2012 Kaiser Family Foundation survey, we asked, “With your best guess, what percentage of the federal budget do you think is spent on foreign aid?”

We find a surprisingly high average percentage, 42.2 percent, with little difference between Democrats (42.31 percent) and Republicans (45.37 percent), an increase of almost 20 percent compared to similar questions asked in 2010 and 2012. In contrast, only 1.97 percent of respondents guessed a percentage of 2 percent or lower. Admittedly, this increase may be due to not having an option in which respondents could say they did not know or that respondents stated a higher percentage as a form or protesting what they see as wasteful allocations. Alternatively, the increasingly isolationist, anti-foreign aid rhetoric of the Trump administration, which condemned aid to the World Health Organization (WHO) due to its Covid-19 response and claimed allies did not pay their fair share for U.S. military bases, may have led Americans to believe that foreign aid is a growing portion of the budget.

Our data further shows that those who believe the United States should pay less attention to problems overseas estimated foreign aid on average to be much higher (46.02 percent) than those who thought the United States should be active in world affairs (37.51 percent). Admittedly, positions on the U.S. role in global affairs correlate with party identification, but these patterns suggest that talking points by the Trump administration and others about the aid ineffectiveness may be shaping views of the scope of aid.

From there, we asked respondents if they thought America’s current foreign aid expenditures are too much, too little, or about right. Research suggests that when Americans are aware of how little the United States spends on aid, opposition to increased spending declines. Our data is consistent with this, as guesses about the aid budget positively corresponded with thinking current aid was too much. Among those that thought aid was 25 percent of the budget or less, 39.45 percent believed current allocations were too much, while increasing to 70.1 percent among those who thought aid was 76 percent of the budget or more.

Lastly, we see if support for foreign aid might increase under a very specific context: undocumented immigration. Other countries have linked aid and immigration policies, and previous work suggests support for aid to deter immigration, although such efforts have faced mixed results. In 2021, the Biden administration proposed an international aid plan that intended to address underlying causes of undocumented immigration, but it was unclear whether tying aid to a specific policy goal, one largely supported by the public, would overcome concerns about such expenditures.

We asked “would you support increasing foreign aid if this would lead to a decrease in undocumented immigration?” as previous research found a majority in support. We find a thin majority (51.27 percent) supportive, with higher rates among Democrats (57.43 percent) than Republicans (48.15 percent). However, support here again correlates with assumptions about the size of the aid budget already, with greater support among those assuming a smaller percent of the budget already goes to aid.

While Americans are apprehensive of foreign aid in general, especially showing a preference that has reduced international engagement, aid still serves America’s national interests. Although correcting misconceptions about the amount of aid may be ideal, policymakers may be better off emphasizing the explicit intent of foreign aid packages, tying this to tangible bipartisan goals, and using their platforms as a means to address concerns of wasteful spending.

Timothy S. Rich is a professor of political science at Western Kentucky University and director of the International Public Opinion Lab (IPOL). His research focuses on public opinion and electoral politics in East Asia.