Will the Fed’s Hawkish Interest Rate Hikes Cause a Recession? 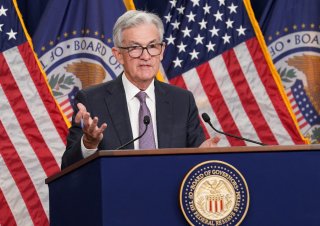 An increasingly hawkish Federal Reserve is making the majority of investors believe that stocks will be stuck in a downward trend for the rest of this year, according to the CNBC Delivering Alpha investor survey.

The poll, which surveyed roughly 400 chief investment officers, equity strategists, and portfolio managers, found that more than 60 percent of respondents think the S&P 500 will end the year below 4,000, a drop of more than 15 percent from the start of 2022.

For 58 percent of investors, their biggest concern is that the central bank is too aggressive. Last week, in an effort to tackle inflation levels that are still sitting at roughly forty-year highs, the Fed signed off on a third consecutive seventy-five-basis-point interest rate hike and suggested that it will keep raising rates well above the current level.

With the largely expected move, the central bank took its federal funds rate up to a range of 3 percent to 3.25 percent, the highest level seen since the global financial crisis in 2008.

“While this aggressive pace of hiking should bring inflation closer to the 2 percent target, it will also likely bring economic hardship,” Seema Shah, chief global strategist at Principal Global Investors, told CNBC. “The Fed’s tolerance for economic pain doesn’t bode well for risk assets. ... Get defensive, times are getting tougher.”

Meanwhile, billionaire investor Stanley Druckenmiller on Wednesday admitted that he sees a “hard landing” in 2023, adding that he expects a recession to be deeper than many are expecting.

“Our central case is a hard landing by the end of ’23,” he said during the CNBC Delivering Alpha Investor Summit in New York City.

“I will be stunned if we don’t have recession in ’23. I don’t know the timing but certainly by the end of ’23. I will not be surprised if it’s not larger than the so-called average garden variety,” Druckenmiller continued, adding that he does not “rule out something really bad.”

Druckenmiller, who once managed George Soros’ Quantum Fund and has never had a down year in the markets, placed blame on the extraordinary quantitative easing and zero interest rates over the past decade for creating an asset bubble.

“All those factors that cause a bull market, they’re not only stopping, they’re reversing every one of them,” he said. “We are in deep trouble.”