Will Trump Announce His 2024 Campaign After the Midterms? 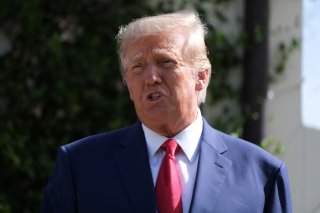 After weeks of growing speculation regarding another White House run, former President Donald Trump confirmed on Monday that he would make a “very big announcement” on November 15, Politico reported.

“Not to detract from tomorrow’s very important, even critical, election, and I would say in the strongest way it's a country-saving election … I’m going to be making a very big announcement on Tuesday, November 15 at Mar-a-Lago in Palm Beach, Florida,” Trump said during an evening rally in Ohio on behalf of Republican candidates on the eve of the midterm elections.

Trump was reportedly considering whether to launch his 2024 presidential campaign at the Ohio rally. However, national Republicans urged him to hold off, fearing that such an announcement could boost Democrats and potentially alienate independent voters.

Over this past weekend, while campaigning for Sen. Marco Rubio’s (R-FL) reelection in Florida, Trump also focused on his own political future.

“I will probably have to do it again, but stay tuned,” he said. “We have a big, big rally. Stay tuned for tomorrow night.”

Meanwhile, as reported by The Hill, former New Jersey Gov. Chris Christie claimed on ABC’s This Week over the weekend that no one should be surprised that Trump is reportedly set to announce his 2024 run.

“Why should anybody be surprised? When something happens that you anticipated happening, it doesn’t make any difference,” he said.

However, some notable Republican figures have been skeptical of Trump’s path back to the nation’s highest office.

“I think Trump’s un-electability will be palpable by then,” former Speaker Paul Ryan (R-WI) said last month of the ex-president’s 2024 prospects.

“We all know he will lose. Or let me put it this way: We all know he’s much more likely to lose the White House than anybody else running for president on our side of the aisle. So why would we want to go with that?” he continued.