Without Independent Republicans, the GOP Is Doomed 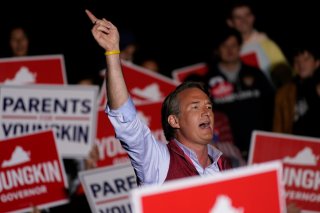 As we move into the last two months of the midterm Congressional elections and look ahead to 2024, the Republican Party seems to be embracing its base while largely ignoring independent voters.

This has to change. To achieve a decisive victory, the GOP must go well beyond the party’s base to garner a clear majority of independent voters—those not registered as either Republicans or Democrats.

Gaining the support of these “Independent Republicans”—independents persuadable to vote for Republican candidates—is critical. By nature, they’re independent thinkers, do not kowtow to GOP kingmakers, yearn for a sense of clear direction, and are not afraid to buck the establishment line.

Why are independent voters so important?

First, there are a lot of them. According to recent Gallup polling, 41 percent consider themselves independents while Republicans and Democrats each sit at just 27 percent.

Also, keep in mind that nineteen states have open presidential primaries whereby independents can choose to participate in either the Republican or Democratic primary. These include the critical states of Colorado, Wisconsin, Virginia, New Hampshire, and Georgia. Then, in the 2024 general election, these voters are there for the taking again.

The situation is becoming more fluid. Sharper and more extreme party lines are changing and shifting this significant voting base that thinks independently, tends to be younger, and does not blindly follow party leaders.

While Independent Republicans reject the progressive Left agenda with contempt, they can be uncomfortable with some of the views of the hard Right. A core principle all can agree on is the dignity and freedom of each individual in a community of faith and tradition. Independent Republicans are arguably more conservative than GOP party leaders on many key issues like federal spending, debt, and foreign policy. They are also fed up with Congress not confronting problems and instead just kicking the can down the road.

The second reason Independent Republicans are important is that they mean the difference between victory and defeat. Take the 2021 Virginia gubernatorial election that resulted in a narrow victory for Republican Glenn Youngkin over Democrat Terry McAuliffe. Of the 30 percent of voters that self-identified as independents, Youngkin captured 54 percent and the governor’s mansion.

The backdrop for this growing political unrest and economic anxiety is the increasingly tense superpower rivalry between China and the United States. Since 2000, China has gone from representing 3 percent of the global economy to 17 percent while America has gone from 28 percent to 23 percent. The American brand of a dynamic economy, political stability, and military strength is under pressure while Beijing views America as divided, distracted, and in relative decline.

To keep America as the world’s leading power, the Republican Party has to focus on what unites and matters most to Americans—greater economic, financial, and national security. This means ending reckless federal government spending and debt and executing a more conservative, pragmatic foreign policy against the backdrop of an intense U.S.-China rivalry.

-standing up to China with a focus on freedom of navigation and forward deterrence in the Asia-Pacific together with skillful diplomacy to avoid war;

-rebuilding America’s industrial capacity from the ground up through tax incentives and international investment;

-standing on the side of parents and common sense in education with transparency, accountability, and choice for families. Cutting school bureaucracies, going back to basics, taking the politics out of teaching;

-securing the border while rejecting identity politics and any discrimination based on race or ethnicity.

-following a “conservative internationalist” approach to foreign affairs focused on the national interest making fewer commitments but always keeping them.

Independents are also open to new ideas such as an allocation to U.S. stocks in the Social Security Trust Fund, Federal Drug Administration reform to increase innovation and lower the cost of new drugs, and broadening stock ownership through new Advance Roth IRAs.

All this will spark an enduring private investment-led economic boom leading to lasting, generational change and signal to markets, allies, and adversaries alike that the American superpower brand of dynamic stability in this age of U.S.-China rivalry is stronger than ever.

Going forward, the GOP should follow a balanced strategy of going after both its base and independent voters. We need to work hard to fight for and persuade every independent voter to join the grand big-tent GOP coalition.

This will give it a chance to build a durable, governing majority for the rest of this decade.

Carl Delfeld is a senior fellow at the Hay Seward Center for Economic Security, was a former U.S. Representative to the Asian Development Bank, and is the publisher of the Independent Republican. His latest book is Power Rivals: America and China’s Superpower Struggle.