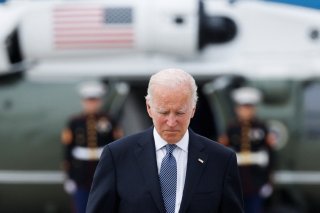 AMERICAN TRIUMPHALISM is back. The difficulties encountered by Vladimir Putin’s regime in its invasion of Ukraine are being used to revive Cold War rhetoric about American leadership, the struggle for global democracy, and Western unity. America as the leader of the Free World is once more in the saddle!

Unfortunately, it is far from clear that Putin will actually lose the war. If, as a result of a negotiated compromise or prolonged stalemate, much of Ukraine remains indefinitely under Russian occupation, then in spite of the costs Putin will have succeeded in territorial revanchism in Ukraine—in addition to having annexed Crimea and successfully gone to war to keep Georgia out of NATO. The possible admission of Finland and Sweden to NATO would be a symbolic insult to Moscow, but Russia was not going to invade either country anyway.

On a global level, the U.S. campaign to get other nations to sanction Russia to punish it for invading Ukraine has been a flop. A map of the countries that have sanctioned Russia includes the United States and Canada, Europe, Japan, South Korea, Australia, and New Zealand. Most countries in the rest of the world, including India, Mexico, and Brazil, along with most nations in Asia, Latin America, the Middle East, and Africa have refused to go along. In Cold War II, the nonaligned bloc is back.

While Congress votes to deliver arms to bleed Russia in a proxy war in Ukraine, everywhere else in the world the United States is staggering from a series of humiliating strategic defeats. After two decades of fighting in Afghanistan, Washington abruptly abandoned it to the Taliban in a bug-out even more chaotic and embarrassing than the fall of South Vietnam. In post-Saddam Iraq, the remaining U.S. presence is opposed by many Iraqis, and the Iraqi parliament recently passed a law punishing the normalization of ties with Israel with death or life imprisonment. In Syria, Bashar al-Assad has survived Washington’s war to depose him. The overthrow of Muammar el-Qaddafi in Libya by the United States and NATO has produced chaos and disintegration. Remember Tahrir Square? The military is back in charge in Egypt. So much for George W. Bush’s global democratic revolution and Barack Obama’s Arab Spring.

America’s major great-power adversary is China. News that the United States is running short of Javelin and Stinger missiles to resupply Ukraine may confirm those in Beijing who think America is a paper tiger.

China’s territorial revanchism, like Russia’s, is succeeding. China will never give up the islands in the South China Sea it has successfully fortified, no matter how many freedom of navigation operations the U.S. Navy undertakes. Nor will it abandon the brutal, coercive Sinicization of the Uighurs.

We are supposed to believe that China can be contained by the Quad—the United States, Japan, Australia, and India. But China has suffered no serious consequences from beating and killing Indian soldiers along the Sino-Indian border. And China is the largest single trading partner of both Australia and Japan. These U.S. allies see no contradiction between deepening their integration with China and engaging in anti-Chinese military planning with Washington. At some point, China will jerk the leash.

For that matter, China is the top supplier of imports to the United States, and the U.S. trade imbalance with China has worsened in the last few years. During the first Cold War, the United States and its allies imposed across-the-board embargoes on the Soviet Union. But America’s business and banking elites, like those of its allies, oppose any decoupling of the economies of China and the West. The few measures of anti-Chinese economic warfare—Trump’s tariffs, the incentives in the CHIPS Act to build more chip foundries in the United States—are so feeble that they hardly affect the deepening economic dependence of the United States and its allies on Chinese manufacturing. And even these ineffectual attempts to rebuild U.S. manufacturing may be abandoned as a result of lobbying by Wall Street, Silicon Valley, and the U.S. Chamber of Commerce.

Meanwhile, China is pushing the United States and its allies out of one global market after another. In 2010, China surpassed America as the world’s leading manufacturer. In 2021, China surpassed South Korea as the world’s leading shipbuilder. A single Chinese company, DJI, makes 70 percent of the world’s civilian drones. One-third of global industrial robots are made in China, which is also the world’s largest market for them. It is probably only a matter of time before China challenges the United States, Europe, and Japan in aerospace and automobiles as well.

Wherever we look, then, we see the United States in retreat or in defeat or in stalemate, whether in the military arena or in the realm of trade and industrial production. Since the fall of Saigon, with the exception of military victories in Iraq and Libya that led to chaos, the only lasting military and geopolitical victories of America and its allies have been in Europe. One was the bloodless liberation of Eastern Europe from the Red Army and the incorporation of much of it into NATO. Another was the defeat of Serbia in the war of the Yugoslav succession. Unable to resist Chinese salami tactics in the South China Sea, and unable to convert short-term military victories into lasting diplomatic victories in the Middle East and North Africa, U.S. foreign policy has only had successes in Europe.

I have been told that Germans have a proverb about working in an office hierarchy: “Bow in front, kick behind.” This is a good description of America’s actual global strategy for disguising its accelerating decline. While appeasing a powerful, rising China in practice, the United States picks fights with weak countries—Serbia, Iraq, Syria, Libya, and now a much-diminished Rump Russia. The United States is a declining force in global commerce and global diplomacy, but in its remaining North American and European spheres of influence, it can still play the hegemon and relive the glories of the past.