America in a World of Limits 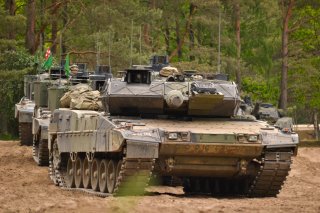 RUSSIA’S VILE war of aggression against the people of Ukraine has accelerated discussion about the future of U.S. foreign policy. However, the terms of the debate have done more to confound than clarify. While foreign policy elites declare that the Russian invasion “changes everything,” their resounding chorus offers a familiar refrain, namely, the vindication and perpetuation of U.S. global primacy.

In truth, Russia’s invasion of Ukraine does not change the fact that America’s global power position is constrained. The heady days of unipolarity are over. Policymakers who fail to acknowledge those realities when dealing with the fallout from the war in Ukraine will only make America less safe and threaten the conditions of our prosperity.

To be sure, the United States retains a powerful economy and military. But unlike in the early 1990s, the United States faces real global competitors—in particular China—along with domestic challenges that will require better prioritization and trade-offs.

While far from guaranteed, there is a reasonable chance that China’s total economic power will overtake the United States within the next few years. China’s economy now comprises 18 percent of the world’s gross domestic product (in terms of purchasing power parity) compared to 16 percent for the United States. Additionally, future American economic growth is threatened by record levels of inflation and a $30 trillion national debt.

Meanwhile, the U.S. military has spent the last two decades bogged down in a handful of endless wars across the Middle East and Africa. The price of these conflicts has been steep. Thousands of American lives were lost and more than $8 trillion squandered. These conflicts also wore down important strategic assets like our B-1 bomber fleet, incentivized investments in platforms like the Littoral Combat Ship that are not suited for combat against near-peer adversaries, and forced cuts to the U.S. Air Force and Navy to build an Army designed to fight counterinsurgency conflicts in strategic backwaters.

Moreover, these wars were unpopular—both at home and abroad—and their pernicious effects have eroded the power of American leadership. The challenges facing America have not gone unnoticed. Many countries have refused to join the American and European-led sanctions regime imposed on Russia in response to its invasion of Ukraine. These nations are clearly hedging their bets in a world where American dominance is less certain. This even includes countries that have benefitted from the American security umbrella. Take the United Arab Emirates for example, which has enabled Russian oligarchs to escape targeted sanctions on their assets. The Emirati crown prince doubled down on this bad behavior when he refused a call from President Joe Biden to discuss energy market distress.

The United States should not tolerate a delusional foreign policymaking elite that ignores real constraints on American power. Instead, our leaders should adopt a sober and realistic approach to the current state of the world that recognizes our limits so that America can remain safe and prosperous.

In Eastern Europe, the United States must make it clear to our wealthy European partners that they are primarily responsible for the security of their own continent. Russia’s failures in Ukraine have revealed that its conventional armed forces are not a threat to well-funded and well-trained European armies—even without significant American support. A Russian Army that cannot take Kharkiv certainly cannot take Warsaw, Berlin, or Paris.

Accordingly, the United States should encourage the strengthening and development of non-NATO security architectures in Europe, like the European Union’s Common Defence and Security Policy. To effectively facilitate this, the United States must avoid taking actions that encourage free-riding under the American security umbrella. This would include short-sighted policies like more permanent deployments of U.S. troops to Europe, or NATO expansion to countries such as Finland and Sweden.

Real U.S. interests are at stake in East Asia, and this region will require careful navigation of perilous waters. China is a rising competitor that poses challenges that U.S. policymakers must take seriously. To deal with this, the United States should continue to develop defensive systems and technologies that enable partners in the region to deter Chinese aggression. Future defense budgets should prioritize funding for the Air Force and Navy over other branches since these two services would be at the forefront of any potential conflict in the Pacific. Additionally, the U.S. intelligence community should confront China’s malign economic and military espionage activities more aggressively.

But U.S. leaders should avoid overinflating the threat posed by China. Indeed, China has its own domestic and international constraints that may hinder its rise. Accordingly, policymakers should deal with the challenges posed by China without resurrecting the Cold War or raising the likelihood of direct conflict.

The acknowledgment that the United States faces real limits on its power does not mean accepting American decline or forlorn resignation that our best days are behind us. To the contrary, prudent foreign policy tradeoffs will better husband our power and provide the means to attend to our domestic economic and fiscal challenges thus ensuring future American safety and prosperity.

However, those who continue to deny reality and advocate the same failed policies that led us to where we are today will only guarantee American decline—not greatness. In the interest of American security and the American people, we must demand better.

Dan Caldwell is the vice president of foreign policy for Stand Together. He is a former congressional staffer and a Marine Corps veteran of the Iraq War.