You Could Get a Monthly $300 'Stimulus Check' Through December 2021 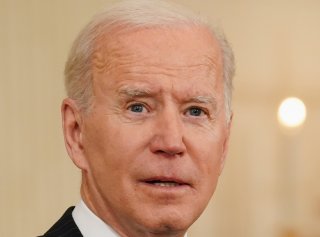 One of the more interesting parts of the American Rescue Plan was an increase in the Child Income Tax Credit for parents making less than $75,000 per year apiece. Under the terms of the legislation, the payment was increased from $2000 per year in tax relief to $3600 for each child under the age of six, and $3000 for those older than six.

However, the plan also included a more interesting provision. Rather than simply allow parents to claim the tax credit as a discount when filing in April, as had previously been the standard practice, the new legislation mandated that the IRS proactively send the credit out in the form of checks and direct deposits. This has effectively made the increased tax credit function as a miniature stimulus check.

The first payment is scheduled to go out on July 15. Payments will continue every month thereafter, at a rate of $250 per month for older children, and $300 per month for younger ones. While you might not receive each payment at precisely the same time if you have opted to receive paper checks, the IRS intends to ensure that people are paid at roughly the same time month to month. If a payment is scheduled for a day when mail is not delivered, or a bank holiday, it will probably be sent out the following Monday. For instance, August 15, the target delivery date for the second check, is a Sunday; therefore, direct deposits will probably be scheduled for Monday, August 16 instead.

The final check in the series will be delivered in December 2021, making six child tax credit payments proactively sent out. For the other half of the year’s credit, you will need to claim it on your tax return.

(Older dependents will also receive $500 per year, if they are enrolled in an educational program full-time. Keep this in mind if you are the parent of a college student.)

Fortunately, for those who filed their 2020 taxes on time – they were due on May 17 – these payments will be sent out automatically. The IRS determines who is eligible for what based on tax returns, which describe a person’s marital status, the number of children he or she has, and their ages. For this reason, if you did not file your taxes for the past year, you probably won’t get your payments right away – and possibly won’t get them at all until you do.

Fortunately, the IRS intends to roll out a pair of portals to their website by July 1, making it easier for people who do not normally file taxes to claim the credit. You can also use the portals to opt out of the monthly payments and get the credit as one lump sum in April 2022.

Right now, this program is scheduled to expire in 2022. However, in the American Families Plan, Biden has proposed to extend it until 2025. However, given the plan’s steep cost and opposition from some Congressional Republicans, it remains to be seen if this will happen.