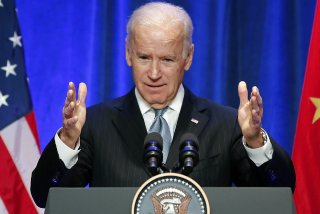 The “American Families Plan,” President Biden’s economic recovery package, contains nearly $2 trillion in additional spending for America’s economic recovery from the COVID-19 pandemic. Congressional Republicans have criticized the package for its enormous cost; Democrats, however, have argued that the spending is badly needed to jump-start the U.S. economy after more than a year of lockdowns and stagnation.

In his address to Congress on Wednesday night, President Biden argued that the American Families Plan was a “once-in-a-generation investment in our families and our children.” In addition to the previous $2 trillion stimulus, passed in March 2021, which led to an additional mailing of $1400 checks. Crucially, this spending was not targeted toward specific areas or groups – it was simply a check to every American adult, within certain constraints. As seen elsewhere, such programs are not always successful in achieving their goals.

The American Families Plan, on the other hand, emphasizes the needs of working- and middle-class American families over others, with the reasoning that families with children have been hardest hit by the pandemic. Here are four ways that most families could benefit.

The plan’s single largest investment is a substantial increase in the Child Income Tax Credit – increasing it to $3000 per child per year in tax deductions for children between the ages of 6 and 17, and $3600 per year for children under 6.

It’s worth mentioning that, although the American Families Plan has not been passed yet, this deduction is already in the books; it’s scheduled to expire in 2021. The AFP would extend it until 2025.

According to an estimate by Columbia University’s Center on Poverty and Social Policy, the plan, if extended, would reduce child poverty by an estimated 45 percent.

This idea is not new; other Democrats have proposed increases in funding for health care, and Biden himself emphasized its importance during the 2020 campaign. The American Families Plan significantly expands child care, making substantial investments in child care and Pre-K education.

Free university education has long been an objective of progressive Democrats; in the 2016 and 2020 campaigns, Senator Bernie Sanders (I-VT) somewhat implausibly promised to make all college education free in the United States. Other versions of Sanders’ platform were more modest, including making all public universities tuition-free.

Biden’s proposal is more modest still. Under the American Families Plan, all two-year community colleges in the United States would become tuition-free – a model earlier proposed by others, including the First Lady. While this is a far cry from the original Sanders proposal, it’s also immensely cheaper and more realistic, and might actually pass Congress.

The American Families Plan proposes twelve weeks – roughly three months – of paid family leave. This, too, has long been a goal of many liberals; the United States is one of the only developed countries that does not require any form of paid leave.

It’s worth noting that, although these ideas are the most important in the plan, there are other, smaller ones included. Furthermore, Biden and the Democrats have many other ideas for how to help the United States recover from the pandemic, including some amount of student loan forgiveness, a minimum wage increase, or even a fourth stimulus check.

All of this, of course, will require buy-in from Congressional Republicans, who mostly oppose it on the grounds of its cost. Yet many of these proposals are very popular among ordinary Americans, and it is likely that Biden could get any single measure passed by focusing Congressional Democrats’ attention on it. For Biden, it is simply a question of which measure to fight for the hardest.