In 2015, a French Submarine Somehow "Sunk" a U.S. Aircraft Carrier 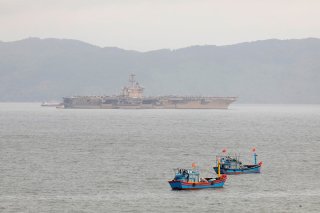 Here's What You Need To Remember: The U.S. Navy’s anti-submarine warfare skills have deteriorated greatly since the end of the Cold War, and particularly since 9/11. The emphasis on land wars has directed the Navy’s energies—and budget—elsewhere.

Kyle Mizokami is a defense and national-security writer based in San Francisco who has appeared in the Diplomat, Foreign Policy, War is Boring and the Daily Beast. In 2009 he cofounded the defense and security blog Japan Security Watch. You can follow him on Twitter: @KyleMizokami. This article first appeared in 2016.