71,000 Americans Died of Drug Overdoses. The War On Drugs Has Failed. 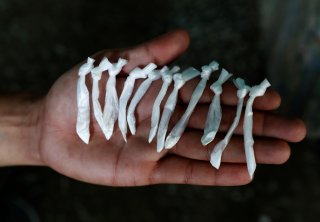 When the Centers for Disease Control and Prevention announced last January that drug overdoses in 2018 declined by 4.1 percent–from 70,237 in 2017 to 67,367 in 2018–many in the press took that as a sign of possible progress in America’s longest war, the war on drugs.

However, a deeper look at the data painted a very different picture.

The CDC recently issued its preliminary report on 2019 overdose deaths and the news isn’t good. There were roughly 71,000 overdose deaths, a new record. These data predate the COVID-19 crisis, so we can expect matters to get even worse.

Speaking to reporters about the preliminary report, Robert Anderson, who oversees the mortality data for the CDC said, “We got it to stall out a bit. Now we need to grab on again and not let this get away from us.”

This should come as no surprise. A 2018 study by researchers at the University of Pittsburgh found overdose deaths have been growing exponentially since at least the late 1970s and show no sign of deviating from the trend line. The particular drug predominating as the cause of death has changed from time to time, but the death rate marches on relentlessly. Therefore, even if the aggregate overdose data “stalled” a bit in 2018, the underlying forces fueled by dangerous black market drugs that result from drug prohibition continue unabated.

This article by Jeffrey A. Singer first appeared in CATO on July 16, 2020.