Access to Information Is Making or Breaking Military Warfighting 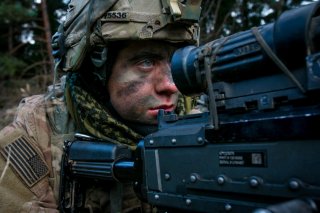 Here's What You Need To Remember: Sensing and information analysis breakthroughs, Fitzgerald explained, are often equally if not more impactful than other innovations by virtue of the scale and scope of their impact across platforms. For instance, she referred to how, working with academia, scientists at ACT developed a new microwave radiation detector 100,000 times more sensitive than existing technologies.

Kris Osborn is the defense editor for the National Interest. Osborn previously served at the Pentagon as a Highly Qualified Expert with the Office of the Assistant Secretary of the Army—Acquisition, Logistics & Technology. Osborn has also worked as an anchor and on-air military specialist at national TV networks. He has appeared as a guest military expert on Fox News, MSNBC, The Military Channel, and The History Channel. He also has a Masters' Degree in Comparative Literature from Columbia University.