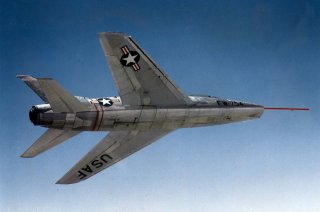 Here's What You Need to Remember: The U.S. Air National Guard finally retired its last Super Sabres in 1980. 325 completed their service as shiny orange QF-100 target drones used as missile test targets, though a few F-100s remain in flyable condition.