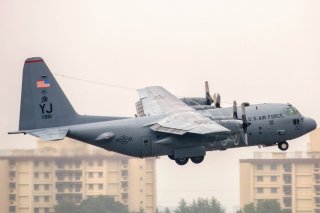 Here's What You Need to Remember: This thinking expands beyond a C-17, according to Van Ovost, who said even KC-46 tankers could perform critical airborne command and control operations functioning as a key data-organizing and sharing “node” in the sky able to instantly connect with F-35s, F-22s, and Valkyrie drones.