Air Force Wingman Drones are One Step Closer to Deployment 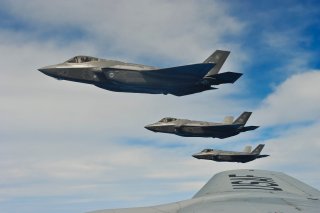 Here's What You Need to Remember: Though likely behind, Russia’s advanced drone program is also moving along. Several European countries are also joining forces to build their own, home-grown drones, though their most recent effort is unlikely to provide a serious challenge to American drone manufacturing.