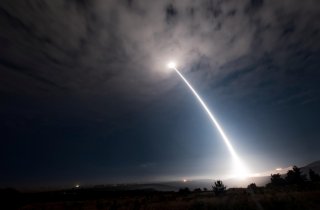 Here's What You Need To Remember: Though there probably won’t be “rods from God” hurtling through the heavens towards, say, underground Iranian nuclear bunkers, that doesn’t mean that the United States’ newest branch—Space Force—is all on its own when it comes to weapons.