American Tanks and Soldiers With Self-Healing Armor? It Could Be on the Horizon 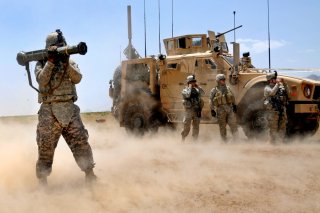 Here's What You Need to Remember: There could be many additional applications for the process to include soldier-protective materials, fuel cells that generate power and various kinds of new electronics.