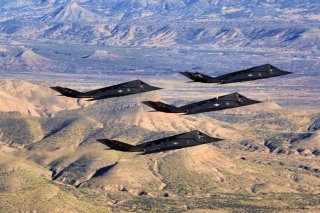 Here's What You Need To Remember: Although the F-117 fleet is retired, a number of airframes have been Congressionally mandated to stay in a state of readiness — essentially in flyable condition. Retired F-117s are used to test radar and radar-absorbent material as test platforms, or possibly as aggressor aircraft for pilot training.