America's Military Can’t Just Retreat into Bunkers in a Pandemic 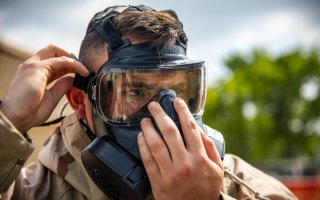 Here's What You Need to Know: If the military tried to use a bunker as a pandemic H.Q., it probably would just end up packing a bunch of infected people into an enclosed space with uninfected people.