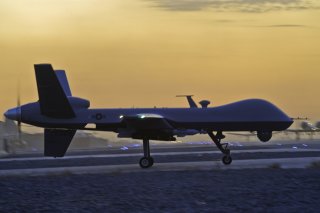 Here's What You Need To Remember: The bladed missiles are designed for urban environments, where more conventional explosives have a tendency to cause unacceptable collateral damage.

Caleb Larson is a Defense Writer with The National Interest. He holds a Master of Public Policy and covers U.S. and Russian security, European defense issues, and German politics and culture. This article first appeared in June 2020.