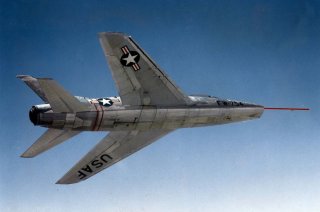 Here's What You Need To Remember: America’s first supersonic jet did not excel as a fighter and had beastly accident rate—but it still pioneered revolutionary new technologies and tactics, and ended up doing much of the grunt work supporting hard-pressed ground forces in the Vietnam War.