Amphibious Landings Against Iran Might Be a Terrible Military Idea 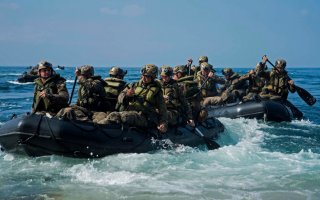 Here's What You Need to Know: An amphibious landing would expose marines to air defense weapons, anti-ship weapons, artillery, and infantry close combat.