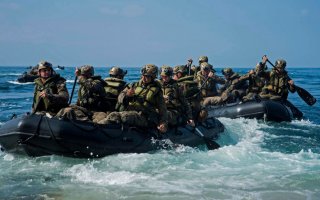 Here's What You Need to Know: If tensions with Iran continue to heat up, one option would be to stage an amphibious raid against a land or sea-based Iranian military facility.