Are Generous Unemployment Benefits The Enemy of the U.S. Economy? 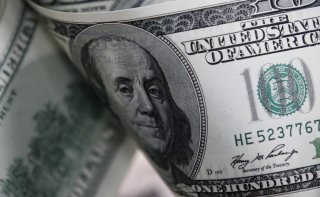 Here's What You Need To Remember: States are in disagreement over whether or not the generous federal unemployment benefits contributed to the underwhelming jobs report.

One of the more significant – and expensive – measures in the Biden administration’s American Rescue Plan, passed by Congress in early March, was a $300-per-week federal unemployment benefit. These benefits are scheduled to expire on August 31, but 24 Republican-controlled states have cancelled them early, on the basis that federal unemployment benefits were discouraging prospective employees from returning to work. While many of these states have retained statewide unemployment benefits, some have also instituted restrictions on them, requiring recipients to show evidence that they are actively looking for work to be paid.

So far, the states’ official positions on the issue have largely been a function of who the governors are. States with divided administrations – primarily those controlled by Republican legislatures and Democratic governors – have usually kept the payments. On Wednesday, the Kansas State Senate approved a resolution asking Governor Laura Kelly, a Democrat, to end the federal unemployment benefit. The Republican-controlled Wisconsin State Senate has made similar noises, and Governor Tony Evers has suggested that he would veto a bill to end the payments if it came before him. In North Carolina, Senators Thom Tillis and Richard Burr (R) of North Carolina described the payments as a “problem” in a joint statement addressed to Governor Roy Cooper (D).

Conversely, Massachusetts and Maryland, two states with Republican administrations and Democratic legislatures, have kept the benefits intact – largely as an offset to the high cost of living there.

It is not generally thought of as a popular move to cut one’s state’s federal aid. However, some polling suggests that Americans support the move, perceiving the aid as counterproductive for returning the United States to work. According to a Quinnipiac poll, 54% of Americans – 89% of Republicans, as well as 32% of Democrats – believe that the states were correct to cut the funding in the interest of returning people to work.

And, rather than rejecting the federal funding outright, some Republican-controlled states have hit upon an innovative solution: they have bundled the periodic unemployment funds together and issued them as a bonus for returning to work. So far, four states – Arizona, New Hampshire, Oklahoma, and Montana – have passed legislation to this effect.

The federal unemployment payments have launched a fierce debate about the causes of the slow economic recovery. While Republicans at the state and national level have blamed the measures for de-incentivizing work, the White House has explained the slow recovery through other factors, including lack of access to childcare, commuting issues, and fear surrounding the COVID-19 pandemic and slow vaccination rates.

So far, the evidence is not clear. A working paper put out by the Federal Reserve Bank of San Francisco suggested that the supplementary payments had a “small but noticeable” impact on Americans’ willingness to work, but could not be primarily responsible for the slow recovery in April.