From Area 51 to Museum: 'Bird of Prey' Stealth Plane is Now on Display 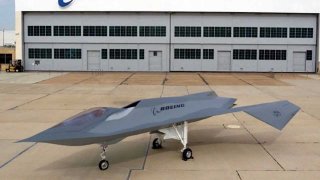 Here's What You Need To Remember: The lasting legacy of the Bird of Prey was its ability to demonstrate advances in stealth concepts, notably the "gapless" control surfaces that were developed to blend smoothly into the wings to reduce radar visibility, while the engine intake was completely shielded from the front.

This article originally appeared in May 2020 and is being republished due to reader interest.