The Army Wants a Rifle That Has 100% Accuracy 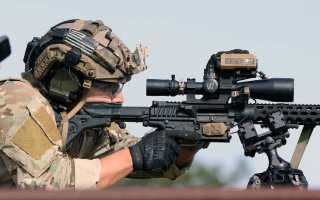 Here's What You Need to Remember: The soldier of the future, in Scales’ mind, is a one-man sniper regardless of training. Based on Ward’s comments, ARDEC is working hard to make that dream of “one shot, one kill” for all soldiers a reality as soon as possible.

Speaking at the Association of the U.S. Army Innovator’s Corner on Oct. 10, 2017 ARDEC’s Darren Ward detailed several programs currently in development by the arsenal’s Optics and Targeting Center. They include: