The B-1 Bomber Isn’t Only Escaping Retirement, It Is Thriving 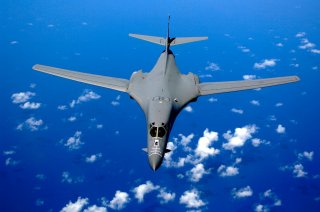 Here's What You Need to Remember: Also, given the complexity of the aircraft and the uniqueness of its production line, the B-21s will likely not be part of the force in larger numbers until the 2030s, a circumstance which continues to inform the Air Force’s ongoing move to extend and improve the mission life of the classic B-1.

Kris Osborn is the defense editor for the National Interest. Osborn previously served at the Pentagon as a Highly Qualified Expert with the Office of the Assistant Secretary of the Army—Acquisition, Logistics & Technology. Osborn has also worked as an anchor and on-air military specialist at national TV networks. He has appeared as a guest military expert on Fox News, MSNBC, The Military Channel, and The History Channel. He also has a Masters Degree in Comparative Literature from Columbia University. This article was originally published last year.