The B-21 Raider Might Be the U.S. Military's Best Bomber Ever 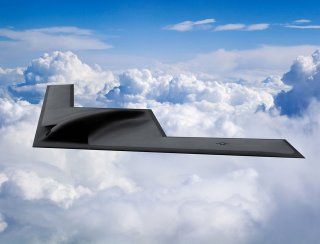 Developed to complement and eventually replace the Rockwell B-1 Lancer, Northrop Grumman B-2 Spirit, and Boeing B-52 Stratofortress, the Northrop Grumman B-21 Raider stealth bomber won't enter service until at least 2026-2027 at the earliest. However, it seems that progress is moving forward on the stealth aircraft.

It was last month that a second prototype is now under construction, and the platform is on track to make its first flight next year.

According to Northrop Grumman, "The B-21 Raider will be capable of penetrating the toughest defenses to deliver precision strikes anywhere in the world."

As the company noted earlier this week, "the Rise of the Raider" began in February 2016 when Northrop Grumman initiated design and build work for the B-21. The program has progressed rapidly in the past five years, and it was in January that Randall Walden, director of the Air Force Rapid Capabilities Office, said in an interview with Air Force Magazine, that the test article is "really starting to look like a bomber."

The defense contractor has also noted its highly skilled workforce has been able to leverage cutting-edge technologies. These include the use of highly immersive virtual environments, as well as both augmented and virtual reality, and this has been able to drive innovation in digital engineering and advanced manufacturing to build the producible, sustainable and maintainable 21st-century bomber.

"Our early and continued investment in infrastructure, design maturation, risk reduction and our workforce has been a significant driver of progress on our first two aircraft on the production line in Palmdale," said Steve Sullivan, vice president, and general manager, strike division, Northrop Grumman. "As a result, we are well-positioned for low-rate initial production following key milestones in 2022 and beyond."

B-21 Raider Stealth Bomber: A History

The B-21 is a heavy stealth strategic bomber that has its roots in the Long Range Strike Bomber program (LRS-B), an early to mid-2010s procurement program for a long-range, nuclear-capable strike bomber. Along with the Russian PAK DA and Chinese H-20 counterparts, the B-21 is a flying wing subsonic bomber that has put an emphasis on stealth, penetration capabilities, and prodigious payload capacity over raw speed and supermaneuverability.

The B-21 Raider's currently confirmed weapons reportedly include the JASSM-ER stealthy cruise missile, the 30,000 pound GBU-57 Massive Ordnance Penetrator “bunker buster” bomb, and GBU-31 Joint Directed Attack Munition (JDAM) satellite-guided bomb. Additionally, the B-21's armaments suite is being designed with a focus on payload and configuration flexibility to accommodate a wide range of roles and mission requirements, though the full extent of its battlefield capabilities has yet to be revealed.

The Air Force has worked in collaboration with Northrop Grumman in the development of the long-range penetrating strike aircraft.

"The B-21 Raider is the product of a proud partnership between Northrop Grumman and the U.S. Air Force," Sullivan added. "We are committed to delivering the world's most capable, technologically advanced bomber that will equip our warfighters with every strategic advantage against our adversaries."