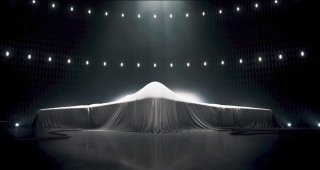 Heres's What You Need To Remember: The need for the B-21 is considered extremely pressing. While the exact extent to which the Air Force may seek to go beyond its initial plan for 100 B-21s may not be known, senior service leaders have consistently said there is, potentially, a need for a much larger force of new B-21 Raiders.

In a stunning achievement, the first two new Air Force B-21 bombers are well underway with construction and scheduled to take to the sky in less than a year.

The first B-21, slated to take its maiden test flight at some point in the coming year, is almost finished and now, the second B-21 is now also being built. That second B-21 stealth bomber is now being produced at a Northrop Grumman facility in Palmdale, Calif., according to a report in Air Force Magazine.

“The second one is really more about structures, and the overall structural capability,” Randall Walden, director of the Air Force Rapid Capabilities Office, told the publication. “We’ll go in and bend it, we’ll test it to its limits, make sure that the design and the manufacturing and the production line make sense,” he explained.

The on-time arrival of the Air Force’s new B-21 simply cannot come soon enough, given how the service perceives the current condition of its aging bomber fleet. Existing B-52s, B-1Bs and B-2s are all being massively upgraded to prevent obsolescence and enable them to fly into the future. Weapons, communications, airframe, sensor and software enhancements to these existing bombers are expected to add many years, if not several decades, to the service life of these aircraft. However, the need for the B-21 is considered extremely pressing. While the exact extent to which the Air Force may seek to go beyond its initial plan for 100 B-21s may not be known, senior service leaders have consistently said there is, potentially, a need for a much larger force of new B-21 Raiders.

The reason for this is self-evident enough, as one need look no further than recent Russian and Chinese bomber innovations which might present a totally new threat equation. China’s new H-20 bomber, which is now just beginning to emerge publicly for the first time, appears to be an effort to specifically rival the U.S. B-21. While it is by no means clear that it does challenge the B-21, the mere existence of the stealthy-looking H-20 is fueling the U.S. Air Force effort to build and deploy a new generation of stealth with the Raider.

The H-20 does have a B-2, B-21-like stealthy configuration, yet the actual merits or potential successes of its stealth properties may be fully unknown. According to very few available possible renderings or images of the H-20, it appears to closely mirror elements of both the B-2 and B-21. Its air ducts on top of the blended wing-fuselage structure look very similar to a B-2, yet its back end is less jagged or pointed than a B-2 and instead seems for more closely approach the appearance of the B-21.

In order to avoid enemy radar, a stealth aircraft likely needs much more than a blended wing-body shaped smooth horizontal exterior to avoid radar detection. Successful stealth must include a mix of interwoven variables such as radar absorbent materials and, perhaps of even greater significance, thermal management. Controlling, moderating or managing the heat signature emitted by an aircraft can at times be a decisive factor in avoiding sensor detection. The aim of stealth engineering is to build an aircraft which can blend in or align with the surrounding atmospheric conditions such as temperature. The lower the difference between the temperature of the aircraft itself and that of the surrounding air, the stealthier the plane is.