Battle of the Persian Gulf: Would Iran or U.S. Navy Seals Win? 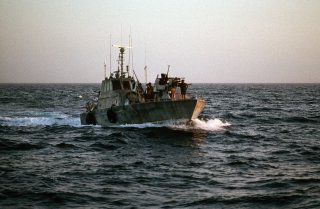 Here's What You Need To Remember: The Tanker War demonstrated how Iran could retaliate against foreign pressure through calibrated, and semi-deniable attacks on the valuable shipping passing through the narrow waters of the Gulf—even though the campaign failed to inflict substantial economic damage, or indeed sink many large ships.