Biden’s Billions: Where Did Americans Spend Their Stimulus Payments? 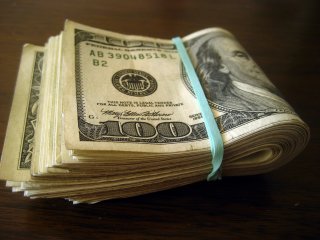 Here's What You Need to Remember: While the research finds that it is difficult to conclusively determine the impact of the stimulus payments on the economy, it does suggest that there was a boost to both personal income and consumer spending in the months that the payments were distributed

The federal government has so far carried out three separate rounds of direct stimulus payments intended to support Americans through the COVID-19 pandemic, with payments of $1,200, $600, and $1,400 having now been distributed to eligible Americans. To date, the government has sent out over $800 billion and more than 472 million individual payments across the three stimulus campaigns. In just the third round of payments alone the IRS has now distributed more than 167 million payments worth over $391 billion, and it is likely that another batch of payments will be coming soon.

These payments, along with other measures such as expanded unemployment benefits, have done a remarkable job of shepherding the U.S. economy through the financial downturn brought on by the pandemic. The third round of payments in particular, which included larger payments than the previous two stimulus campaigns and which coincided with both greater rates of vaccinations and the reopening of many businesses across the country, has played a major role in jumpstarting an economic recovery.

Now that the third round of stimulus payments appears to be approaching its end – with no signs of a fourth round of payments on the horizon – new research has become available regarding how many Americans spent the stimulus money that they received over the course of the three separate payments, and how that spending impacted the economy.

Specifically, the research found that while nearly 75 percent of recipients chose to spend the initial $1,200 stimulus payment on everyday expenses, only 22 percent and 19 percent chose to do so after receiving the second and third payments, respectively.

That research has shown that spending patterns changed over the course of the payment campaigns; a large percentage of people used the money they received in the first stimulus payment to pay for expenses such as food and rent, but the second and third rounds of payments saw more people report that they had chosen to save the money or to use it to pay down existing debt. Across all three rounds of payments, higher-income earners were found to have been more likely to save money than low- and middle-income earners.

Those in the latter category may also have been less likely to spend the money their received in their stimulus payments quickly out of a desire to make the payments last longer in the face of continued uncertainty resulting from the ongoing pandemic.

While the research finds that it is difficult to conclusively determine the impact of the stimulus payments on the economy, it does suggest that there was a boost to both personal income and consumer spending in the months that the payments were distributed