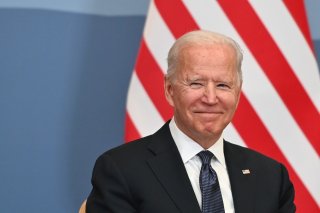 Here's What You Need to Remember: There are also multiple federal agencies handling the money, including the Special Inspector General for Pandemic Recovery and the CARES Act Congressional Oversight Commission, are handling the money at the federal level, and both are understaffed, due to confirmation battles and other delays, the Newsday report said.

The federal governments recently began distributing money from the CARES Act and American Rescue Plan to the states, with about $350 billion set aside for state and local aid.

It’s through a Rescue Plan program called Coronavirus State and Local Fiscal Recovery Funds, with half the money distributed this year and the other half in 2022.

“The Coronavirus State and Local Fiscal Recovery Funds provide substantial flexibility for each government to meet local needs—including support for households, small businesses, impacted industries, essential workers, and the communities hardest hit by the crisis,” the program’s guidelines website says.  “These funds can also be used to make necessary investments in water, sewer, and broadband infrastructure.”

“The money we’re going to be distributing now is going to make it possible for an awful lot of educators, first-responders and sanitation workers to go back to work,” President Joe Biden said earlier this year.

Now, a new report by Newsday says that massive oversight is in place for the distribution of the funds.

Newsday described the sending out of those funds as requiring “one of the largest financial oversight efforts in the nation’s history.”

New York State Comptroller Thomas DiNapoli told the newspaper that his auditors are working with federal contractors to “make sure we understand what is expected of our state agencies” and also to ensure the state is not duplicating the federal government’s work.

“It is monumental. It’s a huge infusion of federal dollars, and I certainly think it’s important that there be transparency and accountability,” DiNapoli told Newsday.

“There certainly needs to be more clarification of the accounting guidance that's coming out of Washington,” DiNapoli added. “Given the huge amount of federal dollars that we’re talking about, there’s going to be for our office a lot of dialogue with our federal counterparts and making sure that we are in appropriate ways providing the kind of enhanced accountability I think everybody would expect on how these billions of dollars are going to be spent.”

There are also multiple federal agencies handling the money, including the Special Inspector General for Pandemic Recovery and the CARES Act Congressional Oversight Commission, are handling the money at the federal level, and both are understaffed, due to confirmation battles and other delays, the Newsday report said.

The “unprecedented number of awards and amount of money is probably straining the capacity for oversight that our agencies have ever had,” Sean Moulton, senior policy analyst for the Project on Government Oversight, told the newspaper.

“They’re used to looking at tens of thousands of awards, and now we're looking at millions of awards, so it’s a different ballgame,” Moulton added in his interview with Newsday. “We’ve given them, through these different pieces of legislation, more money and authority, but it still takes time.”