Bleeding Combat Strength: Why and How India Plans to Upgrade Its Air Force 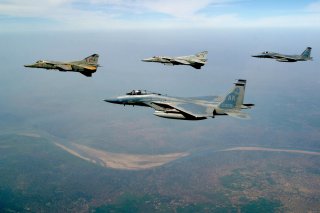 Here's What You Need to Remember: But when the same official tells The Diplomat that there is “no blanket application” of CAATSA sanctions, one can sense the threat may have no teeth due to Washington’s eagerness to court Indian support in strategic competition with China.

This comes even after the U.S. kicked Turkey out of the F-35 program in the summer of 2019 for procuring S-400s from Russia—and has voiced its objections to the new deal. But real U.S. sanctions on India as building a closer defense relationship with New Delhi remains a priority in Washington.