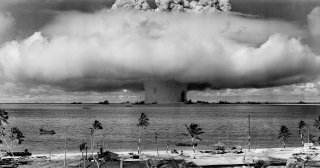 Here's What You Need To Remember: Since both sides planned to use tactical nukes with great abandon, it's unlikely that either side could have "won" at all.

Robert Farley, a frequent contributor to TNI, is author of  The Battleship Book. This article first appeared in 2015.